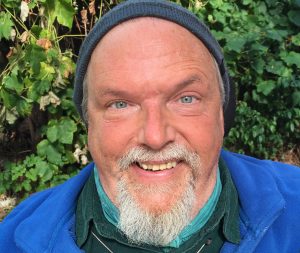 This year, 2019, is my 43rd year working for human rights in disability. Based on sheer numbers, we are one of the largest social change movements in Earth’s history.

Let us act like it now, and help lead a world-wide revolution.

Here are three reasons I feel we must pour our souls into this endeavor, now:

We in the disability movement are extremely diverse. Some of us reject our diagnoses. Some of us embrace our labels. But all of us have been diagnosed as “disordered.”

When society by any definition seems paralyzed, who you gonna call?

The disability movement! The current individual who occupies the White House identifies himself as a “very stable genius.”

Creative Disorder! This is a modernization of a phrase that Martin Luther King used over and over for over a decade. MLK repeatedly said he was proud to be “maladjusted.”

In fact, MLK said the world was in dire need of a new organization, the “International Association for the Advancement of Creative Maladjustment” (IAACM).

But now scientific experts overwhelmingly warn us that the ecological crisis may wipe out a heartbreaking amount of life and civilization. Humanity keeps heading toward trigger points for positive feedback loops. Dozens of them.

We are headed toward a wall of cascading chaos. We cannot predict the future exactly, but let us glance at a worst case scenario.

I have made a very rough, unscientific estimate of just the number of human lives at stake.

The life of a species is about one million years. We humans are only through part of that cycle. Basing my estimates on the “carrying capacity” that many have estimated, along with the number of generations yet to come, etc.

Adding this all up, just focusing on human life, I get an incredibly large number.

This is the Holocaust Squared. That is the human cost that I estimate is at risk. Not even addressing all the animal and plant life at risk.

My hats off to you for being a leader in the coming global revolution.

For example, I have been active with the group 350.org. I am gratified to see Our Children’s Trust continues to fight for the future. There are many other groups.

There are a couple of organizations that I have only recently found out about, are very promising for a global revolution. Everything that I have seen so far is positive.

First, there is a group that started recently in London with non-violent civil disobedience that shut down several bridges, and is going international, Extinction Rebellion.

Second, today, 15 January 2019, is a kickoff date for a national Earth Strike. There are several more dates over the next few months, leading up to 27 September 2019, Earth Strike! Check it out.

In the comments below, I would love to hear your reactions and suggestions. I know revolution is difficult. The first question I often hear is “what kind of revolution?” But even talking about the topic is helpful.

And I feel, that no matter what the odds are, hearing that folks are positive Revolutionaries may help us maladjust to our collective trauma, creatively.