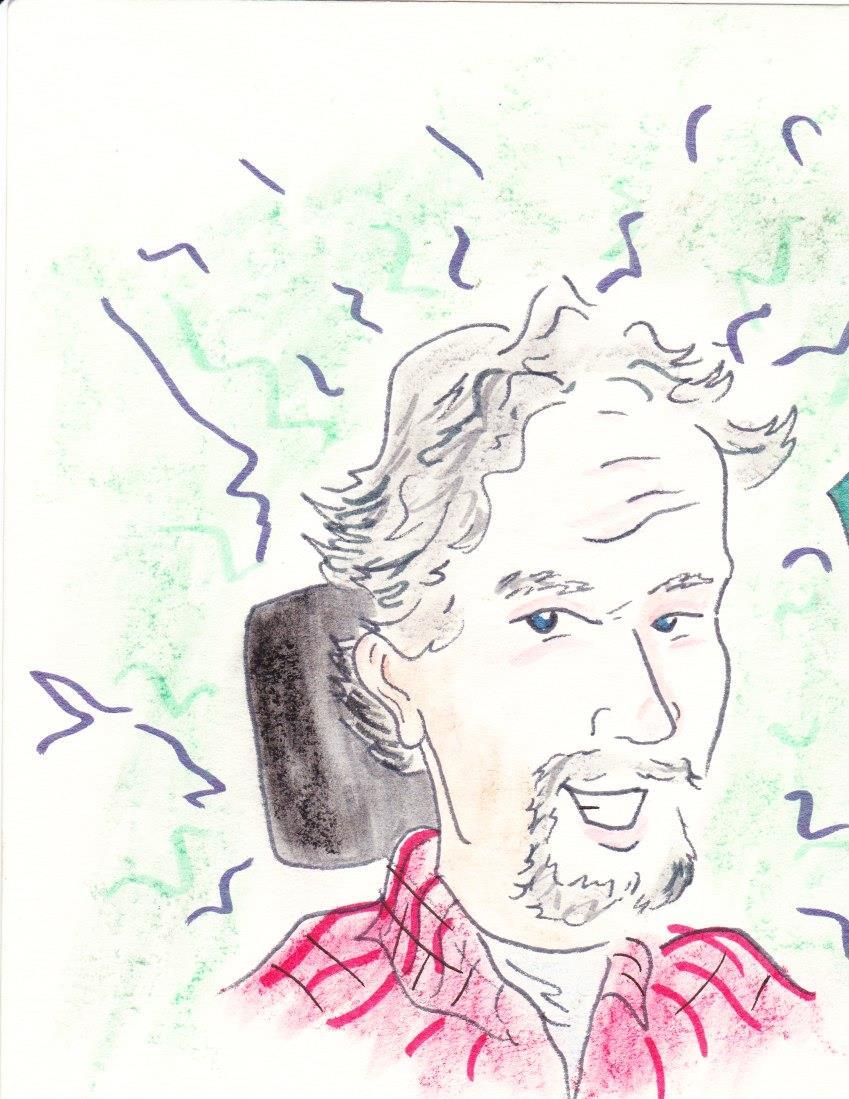 Update 22 October 2016: At the bottom you will now find a rebuttal from Rep. DeFazio.

The main alternative paper here in Eugene, Oregon ran my letter to the editor about why I am running (or rolling) as write-in candidate to replace Rep. Pete DeFazio.

Rep. Pete DeFazio sadly co-sponsored the worst piece of mental health legislation I have seen in 42 years of human rights activism. HR 2646 is more than 100 pages long, so mainly lobbyists seem to know the details. The worst part is that this bill extends federal financial support for involuntary outpatient psychiatric treatment.

In other words, Americans living peacefully in their own homes could be court-ordered to take psychiatric drugs against their will. I call this approach the “Bill Cosby School of Mental Health.”

I have supported Pete for decades and interacted with Pete personally several times. He’s always been kind of grouchy. That is OK; everyone has a different style. But if Pete legislates for involuntary psychiatry despite many constituents trying to explain why this is horrifying, then we have the right to ask, “Has Pete ever had a mental health check-up himself?” If not, will he?

Those of us with psychiatric labels appear to be one of the last groups that get thrown under the bus, by both Democrats and Republicans. I hope the Senate stops the bill.

Following the revolutionary Micah White’s strategy, I have decided to place my name as a write-in candidate for Congress.

Your feedback, questions, support are encouraged via the public comment area at the end of this blog. Also, please use Rep. Pete DeFazio’s website to ask about this topic. Even though I hope much of mu blog is humorous, I do want to take the moral road about elections and mental health. Please ask Pete to do the same, because this bill will probably be back in some version or other.

By coincidence, today I was also on the teleconference for the National Counsel on Independent Living Mental Health Civil Rights Subcommittee. Thankfully, we heard a report that the US Senate has not acted to vote for this Murphy bill. The Senate has not taken pieces of the Murphy bill to become amendments in a new mental health bill, either.

Because of the election next month, Congress is highly unlikely to pass any big bill about mental health. Of course we should stay vigilant. But mainly we should be prepared for the new session in 2017.

I said on the teleconference that we need to move from a quiet, group-oriented, Washington D.C. beltway, Facebook-based campaign to a transparent, national, people-power approach. Remember our mantra: Nothing about us without us! We need to learn from past disability campaigns that we need thousands of folks all over the country to not only stop Murphy, but to also win ratification of the historic UN treaty for disability rights.

Here are more places to learn about some of these issues:

From my earlier blog entries

On October 20, Eugene Weekly published a response from Rep. DeFazio:

In the Oct. 6 edition of EW, local activist David Oaks claimed that legislation that I co-sponsored, along with 207 other members of the U.S. House of Representatives, would force “Americans living peacefully in their own homes” to take psychiatric drugs under court order. This is simply not factually accurate. The bill, H.R. 2646, includes language that supports assisted outpatient therapy (AOT) programs for those within the community who are found to be mentally unstable and unwilling to seek voluntarily treatment, posing a serious threat to themselves and others. AOT is usually in the form of case management and personal therapy programs and does not necessarily require medical intervention. As I hope Mr. Oaks is aware, Oregon law already authorized AOT and Oregon’s statute is clear: AOT does not include forced medication. H.R. 2646 passed the House with a bi-partisan vote of 422-2. This common sense legislation was a huge step forward in improving our mental health system, and I’m proud to be a co-sponsor.