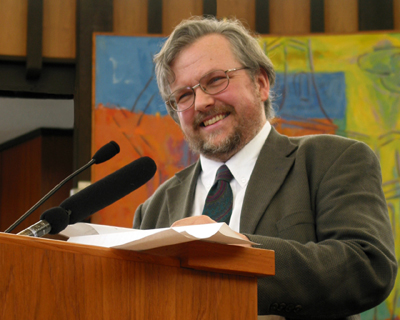 David W. Oaks is a highly sought after authority on psychiatric rights in the mental health system and advocates forcefully for the dignity and independence of patients and their families.  His perspective is–and always has been–deeply-rooted in an unwavering belief in the principles of informed consent and freedom to choose.

His public speaking has taken him to a wide range of places in the world, including Canada, Eastern and Western Europe, Africa, Central and South America and, of course, much of the U.S.

Testimonials for David’s work as workshop organizer and public speaker.

Here is a short clip from a panel representing mental health consumers and psychiatric survivors who spoke on how to further organize for change in the mental health system.