I want to encourage thinking, so “way to go” USA for pausing to consider the pros and cons of replying to Syria’s civil war and apparent poison attack.        I will watch that debate, but it brings up two other poison attacks.

First, what should be our response to our so-called normal society’s chemical warfare against citizens who are considered crazy?  I am referring to psychotropic drugging of people diagnosed with mental health problems.  If you find these drugs helpful, then I am not talking about you.

I am talking about the coercive administration of neuroleptic anti-psychotic drugs: Long ago that was Thorazine, Haldol, etc. and now Abilify, Zyprexa, etc. These drugs are often the ones given forcibly by injections on wards.  Now they are the chemicals often court ordered on people living in there own homes in the community.

These drugs are being given from the young to the old.  We are seeing two year old children given these drugs, because loving parents have been tricked into thinking their kids have a chemical imbalance.  All the elders on many hospices are being put on these drugs.

This family of drugs can shrink the frontal lobes which were once targets of the lobotomy.

So how do we respond to this chemical attack on the marginalized and dis-empowered?

This amounts to a chemical crusade causing untold suffering to so many people all over the world.  Author Robert Whitaker shows the scientific evidence that non-drug alternatives such as open dialogue, peer support, and cognitive behavioral therapy can often be more effective in the long run for mental health problems. 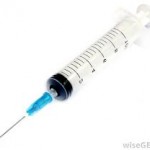 Second,  how about the chemical warfare by the so-called normal against Earth herself such as the emission of green house gasses?  The climate crisis threatens our whole ecosystem.  So how do we respond to this poison attack on our planet?

I do not have an easy answer for any of these chemical attacks.  But maybe this week of thinking might  remind us that we just celebrated Martin Luther King’s dream speech.

If we the people flexed our non violent muscles in a united and powerful way, couldn’t we reply to all of these attacks through our creative maladjustment?

By the way, MLK’s prepared written remarks fifty years ago talked about creative frustration, but he instead improvised about his dream.  Let us all this week be as creative as he was.

At the top of this blog see how my wonderful wife Debra was creative with the rose petals on my face. Thanks to the great personal assistant Michael for his support on this blog entry.