Can our two years talk? Let’s use our imaginations.

The Iroquois Native Americans wisely advised us all to think ahead seven generations. As Hurricane Harvey attacks the Houston area in this year 2017, seven generations ahead (each generation is now about 25 years) would be the year 2192.

Wow, you in the year 2192, that is the 700th anniversary of the invasion of this continent by us Europeans. I hope someone is there to read this message? Perhaps if we here in the year 2017 are effective and ignite a global revolution, we can ensure there will be people alive in 2192.

While our family has always been working class, because of scholarships, I attended Harvard College. I experienced stays in a psychiatric institution about five times during college. In my senior year, Harvard academic peers referred me to volunteer as an intern for a radical psychiatric survivor group, Mental Patients Liberation Front. Somehow I graduated anyway back in 1977.

Community organizing of peer psychiatric survivors and allies became my career. For more than 40 years, I have worked on the human rights of people in the mental health system. As the Harvard class of 1977 celebrates its 40th anniversary, another person from my year, Bill Gates, hopefully evens out our incomes. But I appreciate, and continue to appreciate, addressing this fascinating intersection: The mind, well-being, human rights. What have I learned? 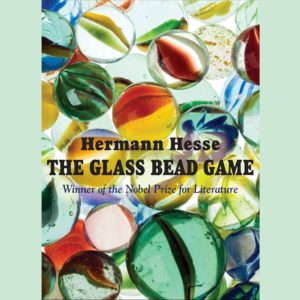 Back in the Summer before my freshman year, we had a little hoax played on us that was a lot of fun. You see, Harvard recommended that we entering freshmen read Hermann Hesse’s book The Glass Bead Game so that we would be able to have a conversation with other new students. But we also received a notice that there would be an actual quiz about this book. I know that I became pretty darn nervous!

It turns out that the quiz notice was a joke from the Harvard Lampoon, but I enjoyed it. I read this Hesse book pretty carefully. He imagines a world where many people play an intellectual, creative game involving glass beads. The author never explains in detail what this game looks like.

Lately I have been reflecting that in a way we are all playing a glass bead game, by pursuing our own truths? I know that game is a metaphor for my last few decades. What does your glass bead game look like?

What Have I Learned in 40 Years?

My main lesson from my own glass bead game, my decades of activism in mental health is that, in laymen’s terms, we are all nuts. All the time, from womb to tomb. Our choice is to try to be Positively Crazy rather than Negatively Crazy.

Year 2192, if anyone is there, you can clearly see that our year of 2017 proves we are nuts. Cuckoo. Bonkers. Bananas. Wacko. Now, I am not a mental health professional, but back in college I was diagnosed schizophrenic, bipolar (then called manic depression), clinical depression, etc. I received psychiatric drug injections in solitary confinement. Does that make me a kind of expert?

Nearly five years ago, I fell and shattered my spine, resulting in my needing a power chair. So now I also address the topic of post-traumatic stress disorder, and regularly see a good counselor. You know how there is a cliche that we should “Watch out for that last step! It’s a doozy!” There really is a last step. My blog is an attempt to warn the public about that doozy of a last step. The USA is now threatening the future of civilization, and perhaps humanity and life. That is one heck of a last step!

I have blogged for a number of years, and surprisingly I have received some complaints from folks who I thought would agree with me about activism and mental health.

Is Trump Out of His Mind?

Surprisingly, of my dozens of blogs, one of the strongest objections is when I pointed out that President Donald Trump has severe mental and emotional problems. I called him President Cuckoo. Someone objected claiming I had called him “mentally ill,” after spending decades working for human rights in mental health. The truth is I do not use the phrase “mental illness,” but the nub of the objection is that I apparently labeled our President as having severe mental and emotional problems.

Perhaps there would be less controversy if I point out that the President is spiritually ill, ethically ill, morally ill. But yes, he also has overwhelming, life-threatening mental and emotional problems.

People of the year 2192, if you exist at all, should have no difficulty identifying extreme challenges in President Trump’s mind. Incredibly, this individual despite having access to thousands of smart, experienced, reputable scientists, continues to deny that the climate crisis even exists. How is this a sign of mental and emotional wellness?

Let me hasten to repeat that we all, always have mental and emotional problems. We are truly the 100%. Like me, you probably seek to be Positively Crazy, nuts about life and love and Earth! But there is also a kind of normal, negative, numb nuts, which we should try to avoid.

Apparently someone felt that I was giving President Trump a way out of his moral dilemma. They were concerned that rather than admitting his racism, misogyny, insults, disrespect, etc., he could plead a kind of insanity. However, I feel we all have moral obligations that do not end when we have mental and emotional problems. In fact, our freedom and empowerment when we are troubled may be necessary for our recovery and survival. Donald Trump is morally culpable, whatever his mental state.

One Quick Example of Our Mental and Emotional Challenges

I talked with a loved one who is a bit confused about the Hurricane Harvey in Houston, to paraphrase: “If climate crisis exists, then it would mean less hurricanes, not more. My evidence is a scientist who talked about how the future may mean changing ocean currents, bringing a colder climate to Europe.”

First, what do you mean “if”? Climate chaos has been proven over and over by just about every reputable scientist alive. However, yes, some of these scientists do predict that Europe might be in for a cold time in the future. This has nothing to do with the fact that the water in the Gulf of Mexico is far higher, the temperature of that water is far hotter, the atmosphere has a lot more water.

It takes a few decades for carbon pollution to change the environment. Scientists such as Hansen say this delay is about 40 years. You in the year of 2192, if you exist, know that there have been more than four of these delays since our year of 2017. The ocean has been absorbing a lot of pollution, and scientists estimate about 93% of green house gasses disappear into the sea. 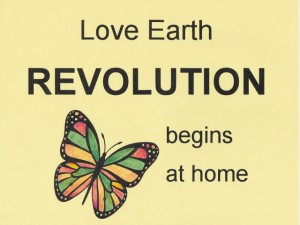 Butterflies and Our Mental Health

The most surprising thing for me the past few years, is that when I have talked about mental health and climate chaos, some folks actually ask me how they are connected? They asked me if we should stay focused on human rights in mental health and not stray into environmental concerns.

But you know, 2192, if you are there, that our mental and emotional well-being are very much connected to our environment. The Kogi Indians down in Colombia, South America withstood the European invasion, and many of their villages have existed intact for centuries. In a couple of documentaries, Heart of the World and Aluna, the Kogi ask why we younger brothers are not doing more to stop the climate chaos?

Year 2192, you might have some answers. My guess is that we need a global revolution. As the musical artist Mike Love says, we need to make this our finest hour, and not our final hour. The Butterfly Effect is real, small actions can amplify in a positive feedback that can be powerfully influential. Use your Butterfly Effect to love Earth for a Positively Crazy Revolution!

What do you want to say to the year 2192? We can post on Twitter or Facebook with the hashtag #2192. And I wonder what folks in that year would tell us?

In the 1950 movie Harvey, actor James Stewart converses with a rabbit that apparently only he can see. Is he crazy? We are all in the state of mind that could be called crazy, in the sense that none of us has an absolute grasp on reality. And look around you, is there any argument that we have severe mental and emotional problems?

Many of us do know that we need to use the best inside of each of us, our individual glass bead game, to unite for a revolution. The present and the year 2192, in seven generations, need to work together. Let us avoid that last doozy of a step! How? We do not always know exactly, but we need to act anyway.

That is my best guess, in my quest to be Positively Crazy, the new and real PC. What is your Positive Craziness?