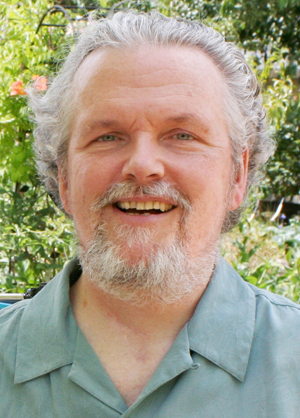 This is about my 40th anniversary after my first overnight stay in a psychiatric facility as a working class kid going to Harvard. I ended up with five lockups in psychiatric institutions, including two stays in a facility that is often voted the best in the world: McClean, a Harvard teaching institution. At first my family was confused a bit by the psychiatric industry, but increasingly they became very aware about the need for more humane and effective alternatives. During my last stay, the psychiatric facility wanted to commit me after I tried to get out. My Mom famously told the psychiatrist, “If our David wants to try freedom we support him.” I graduated with honors anyway.

Unfortunately, a number of parents of psychiatric survivors stay confused about psychiatry and think that forced treatment with pharmaceuticals and such provide the main solution. But thankfully, Harvard referred me in my senior year to an internship in what we lovingly call the Mad Movement. This little-known part of the huge disability movement might come in handy today. After all, our society says it is paralyzed and upset, so maybe social change led by people with paralysis might have some tips now that can help?

This would have been mom’s 99th birthday. One year ago, this month, she died just short of her 98th birthday. Our family is rooted in Illinois, but when Mom was in her eighties we moved her to be near me here in Eugene, Oregon. I had about a decade of Mom in my life. I was the director of a non profit that worked on human rights of people in psychiatry, MindFreedom International. It is not well known among our mad movement that during this decade, Mom was one of our main volunteers for MindFreedom. Mom’s volunteering touched probably every piece of paper in our office, thankfully making easy to archive a bunch of this material after I fell and because of my many extreme disabilities experienced a force retirement. Mom got older and a little weaker during her time with MindFreedom. At the start she volunteered about three days a week, that went down to two days and then one.

When I fell, it turned out that by Oregon law a living parent was one of the few people who could help start a health trust to support my recovery as a quad. So when Mom asked why she was around so long, she seemed to like the idea that she could create trust.

Mom, Violet Oaks, you are remembered and missed. I am so glad that we had that decade of coffees, Lithuanian conversation, your loving wit, your love of cards, your admiration for another Chicago community organizer named Barack Obama, and so much more.

Mom was of the generation that has been called the “greatest,” and if you asked many of these folks about their best achievement, many would probably answer that it was their “kids.” I hope we Boomers can at least say “we are trying.” It is not too late! Mom, you agreed with so many other mothers of us psychiatric survivors that our human rights need to be respected, but unfortunately it was the mothers who supported forced psychiatric drugging that received the millions of dollars from the drug companies. So often the voice of these allies of psychiatric survivors is drowned out by phony front-groups of well-meaning parents who have not been told about powerful alternatives described in blogs such as Mad in America. Thank you to groups such as Relatives and Allies of Psychiatric Survivors (RAPS), you show that many parents give a dam what happens to many people inside the mental health industry.

To remember Mom tomorrow, I encourage everyone to remember young people, especially relatives such as nieces and nephews. Give them a call or email or text. Tell them you love them. Mom was great at sending cards to everybody, and now the Post Office must be suffering. Those who would like to see more photos of Mom may find our family in the Facebook group “Gage Park Oaks” and this memorial page: http://www.forevermissed.com/violet-elizabeth-oaks

I do not have the time to give more words to Mom, but I think she would appreciate my including this:

Earlier this month, the world celebrated Saint Patrick’s Day, and in Ireland one of the parades had a unique entry from MindFreedom Ireland. They submitted a little, tiny float about psychiatric liberation from human rights violations. I had the incredible honor years ago of speaking at a Cork, Ireland event co-sponsored by MindFreedom Ireland and I was able to share some time with many amazing folks, such as Mary Maddock and John McCarthy. So without further ado, here is the brief free online video about this float, which MindFreedom Ireland devoted to my work, including my ongoing work. Thanks much: