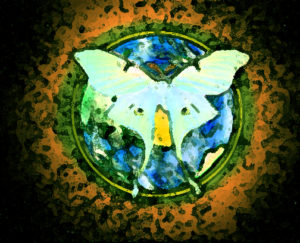 For more than four decades I have worked as an independent activist for human rights in the mental health system. This independence is rather rare. Many of my good friends and colleagues in the mental health advocacy field work for nonprofits that are funded mainly by the government, local state or federal. My friends often do great work, but several of us have warned about dependence on money from the very system we are trying to change.

As many readers know, I worked as executive director of MindFreedom International for more than 25 years, before my disabling extreme accident in 2012. MFI is mainly funded by non-governmental grassroots sources. MFI is not afraid to protest the system. In fact, psychiatric survivor members demand such protests.

Almost all groups that are largely composed of psychiatric survivors, are government funded. To repeat, many provide wonderful services. Maybe this dependence on government funding is why our social-change movement is too-often silent about the climate crisis.

Break the Silence about the “Normality” of Global Warming

I have had a major media service in our mental health advocacy field tell me that my mention of climate crisis in my blogs have led to their rejection. This has happened more than once.

A prominent activist in our movement scolded people who pointed out that our President has severe mental and emotional problems. Supposedly, stating the obvious that Trump is nuts somehow harms all the “little people” that we are here to serve.

Hey, everybody in the world is always crazy, if that word means anything. Are we creatively crazy or destructively daffy? That is our choice. Enforcers of Politically Correct-ness say that we can never call Donald “Daffy.”

But here is why calling Trump cuckoo is totally okay. If FDR had been anti-disability, it would make total sense to point out that he needed a wheelchair to get around. Being paralyzed did not disqualify FDR from the presidency. But if FDR dared to knock the disabled, noticing that he himself is disabled is totally okay.

Here is a direct connection between mental health and climate crisis:

Of course heat waves are more common. Many people in the public are unaware that most USA states now have “Involuntary Outpatient Commitment” laws that allow judges to court order mental health consumers to obey doctor orders. Typically this means involuntary psychiatric drugging in one’s own home out in the community. The most common drugs for this are so-called anti-psychotics, more correctly called neuroleptics.

This family of drugs can impair the brain’s temperature regulation. Those under IOC tend to be poor, without air conditioning. That means that climate crisis plus IOC can equal killing people. Many people.

You will tend not to hear about these deaths in the mainstream media, because I have heard there are concerns that we will “quit our meds.”

The climate crisis used to be one of many traumas. But now, because of decades of delay and denial, it is overwhelmingly the main mental health issue, both generally and specifically.

If you have any empathy or sense, if you are truly an alive human being, then you are feeling, like me, overwhelmed by the indescribable tragedy unfolding on Earth’s ecosystem. If you have had the benefit of education, and you had paid attention, then you know that positive feedback loops can become unpredictable and massive. Suddenly. Think of avalanches.

In other words, any real human is now in crisis because of the countless traumas inherent in this environmental disaster. In other words, most of us are overwhelmed and paralyzed. It is past time to ask survivors of overwhelm and paralysis what can help.

There unfortunately is another group of humans in bizarre, strange, unscientific, non-rational denial of this climate crisis.

A friend of mine who has even written a book about climate crisis denial, was publicly and falsely maligned and defamed by one of these deniers. I asked her why she did not fight back publicly. Oddly, she laughed and said the political attack actually helped her career in academia. At first I laughed too, but years later I realized this situation is not funny.

Speak out about the climate crisis and actively resist Mother-Earth rapists.

Some are pointing out that the mainstream media is largely complicit in this silence. We need a revolution, check out the below new, brief article last week about how the corporate media is trying to pretend that the non-normal is normal:

At the start of the article, is an image by artist Isaac Paris. Even the wing of a moth can influence when and where a hurricane arrives. This image inspired my logo for my new consulting business, Aciu Institute.

1 thought on “There is Now Mainly Only ONE (1) Mental Health Issue: Climate”